US Federal Interest Rate Decisions: What It Means for Forex Markets Note: See the date of the next Fed meeting

The forex market and the related currency values are determined by a number of key factors. While all of these factors carry importance, there is one that stands taller than the rest: interest rates.

These rates are arguably what drive the forex market, as the major central banks have a huge hold over how the market functions and moves forward. The interest rates linked to all of these central markets generally shift as an indirect response to other economic indicators that occur throughout the year. Largely because of how tumultuous they can be, interest rates have the power to move the market in both directions at full force.

Watch the video below on U.S. interest rates and FOMC

What is the US Federal Interest Rate?

Before you can truly grasp the impact the US federal interest rate can have on the forex market, you need to understand what the US federal funds rate actually is. In plain terms, it is the interest rate at which credit unions and banks lend USD reserve balances to alternative institutions on an overnight basis. Such reserve balances are held at the famed US Federal Reserve to ensure institutions' reserve requirements. Institutions that have excess balances in their accounts offer up those balances to other institutions that are in need of a larger balance. The US federal funds rate is considered a pivotal benchmark in most financial markets, hence its importance on a global economic scale.

How Does the US Federal Interest Rate Impact the Forex Market?

Most see interest rates as a reflection of the current economic state of the country in question, with this especially being true in the case of the US. When you look at recent US history, you’ll see that the US federal interest rate accurately illustrates economic performance. It has also directly impacted the performance of the USD, along with the forex market in general. For example, as of late both government and consumer debt have reached new heights. In an attempt to stimulate the economy, the Federal Reserve has utilized an interest rate that remains near zero. In spite of this, the USD has enjoyed favorable exchange rates against other notable currencies.

Considering the influence the USD has and holds over the forex market, it’s fair to say that when the US federal interest rate rises, it should create initial strength in the USD against all other major currencies. Longer term it is important to weigh up the increase in interest rates being a reason to buy and hold USD vs any negative effect higher interest rates may have on the US econmy. What you can take away from this is simple: The US federal interest rate directly impacts the performance of the USD, which subsequently affects the performance of the forex market as a whole.

How Should Traders Approach US Federal Interest Rate Changes?

When interest rates increase, it has a real-world impact in the sense that it affects how businesses and consumers can access credit. This in turn can alter the course of the forex market, thus it is something for which investors must brace themselves. When a change in the US federal interest rate does come around, specifically in the form of a hike, you can certainly expect it to shift the price of the USD. However, seldom will it be a case of all hands to the pump, as past incidents show that the USD is a fairly battle-tested currency in the grand scheme of things. For that reason there is usually a 12-month lag in effect, so the impact of the US federal interest rate change is steadily felt. When the US federal interest rate is increased you will need to look at the bigger picture and avoid making any snap decisions. It’s also common for the US federal reserve to incrementally change rates over many meetings creating a very public longer term trend in interest rates and possibly the USD currency. 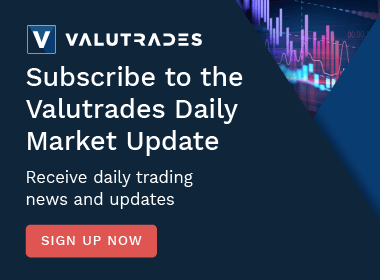